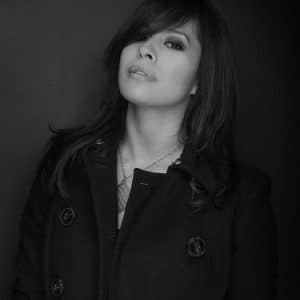 Aleja Sanchez is a Colombian young and charming DJ/producer that got skills at performing cutting-edge Techno music and got invited to play in some of the most visited cities all over Colombia. She hasn’t only shared her music with her natal Bogota but also with international names, such as Ricardo Garduno, Inside Out, Drumcell and Troy Pierce.

But her performances didn’t stay in Colombia. She played all over the world. For example; Tresor (Germany), Stardust (Spain), Perpetum (Czech Republic), Flex (Austria) and much more.

As producer, she has signed her own productions to some well-known labels such as Illegal Alien Records, Planet Rhythm, True Type Tracks, Etichetta Nera, Subaum Records, Labrynth etc.